I am doing the 100 days of running where one have to run at least 2k every day. One of my friends running with our group in the week (Covalience runners) is also doing it. Let me share his story.

Arvind, his wife, and son were on their way to their hometown by train, but the train was delayed for 12 hours. He was hoping to reach there in time to get his 2k done, but midnight was approaching, and they were still far away.

Finally, at 11:40PM he got out at a station and started running while the train continued on its way. He finished his run and then took a cab for the remaining distance, reaching around 2AM at his hometown.

He says his wife was a bit upset, and he did not have running clothes on, but he had to do what he had to do…

I had my last “long” run before the Comrades yesterday morning. I did 21k, starting from our house to Sukhna lake and then around it. Here are some of the scenes on the way. 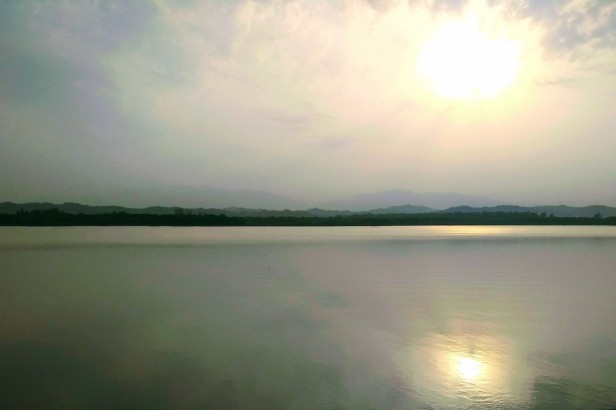 Our journey starts tomorrow. On Tuesday, God willing, I will be running (among other things) in Paris and on Wednesday in Pretoria where it is winter. I hope we are ready for everything that is coming. I’ve never had to battle as much red tape to get ready for this trip and especially to reapply for our visas.

One thought on “Arvind’s story”